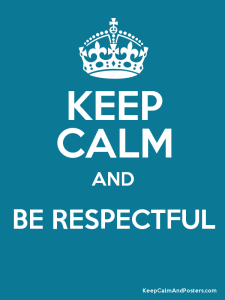 First of all, the person who first posted a blue candle in honor of a person who loses their life to Type 1 diabetes is brilliant. Just about anyone in the D-world knows now, with a glance, what it means. And that’s what good symbols do: tell you something instantly and evoke an emotional response.

That said:  I’m worried. Because while the blue candle is haunting and beautiful, I’m worried about not what it but what we do with it is doing to our community. I think I have an idea. First, some background.

Blue candles started popping up on-line about three years ago. When someone would have a loved one or friend pass away in the D-world (sometimes from something related to T1D, sometimes not), they’d post a blue flame photo as their profile in that person’s memory. In turn, others in the diabetes community would post it as well, as a show of compassion and unity for that person, since we all see ourselves as family. Evocative, beautiful, special.

But as time went on, blue candles –with all the best intentions– started popping up in what I would suggest might be too fast of a time. Rumors, stories, fourth and fifth-hand information had people posting candles and sharing stories about a death at times accompanied the blue candle symbol. Again, done with the best of intentions, but not with careful thought.

And this past week, that action bit us. Someone posted a blog about a child dying of a diabetes related coma. The on-line community lit up in blue candles with posts like “this is so horrible,” “This is why I get up at night” and “This could be my child.” Parents cried and worried and vowed to try harder. Our community was terrified.

But it seems … the “death” was a fake. Someone preying on the weak played a terrible game, and kind of, sort of won. Because while they may have been called out and found out, they still managed to scare the bejezus out of thousands of parents.

Yet  …. We all had a role in that too. And I think we as a community need to take some responsibility for that spreading of unwarranted fear. Because really: so many, many, many of us took the word of the blogger as true and shared it far and wide the moment we heard. I get the reason – we were afraid and wanted to share. But it might just be time we all take a breath and think through some steps to take when sharing terrible, tragic and yes, important news.

Let’s do it like we do in the real world.

When someone passes away in our family, our neighborhood, and our lives in general, etiquette tells us not to share it until all the family members and close relations know first. We take a breath and give them the right to find out in a caring, private and sensitive way. Usually this is done by allowing a family spokesperson to share. Of course Facebook has blurred all this. Last week when our family lost my eldest daughter’s new father in law the night after her wedding, we realized quickly we had to make some calls and ask friends to keep things quiet until the family had the chance to reach every single family member. Thankfully, we were able to lock it down for a day until that happened. We did that because it’s the respectful, sensible and compassionate thing to do. Once we knew every single person who needed to hear this in a private way had heard, the family announced it on their official ALS support blog they’d be using for months. And then it spread on Facebook. (which is part of our reality now). It was well planned and compassionate, yet did not leave anyone out in the caring and sharing.

What if we did this with blue candles? What if the DOC waited for a cue from the family of the person who has lost their life to say “please post blue candles in their memory?” True, we could all still be fooled (sadly, you cannot stop crazy. Someone is always going to find a way to fool people), but at least we’d be doing the respectful thing in real cases: honoring the wishes of the family in an oh-so-difficult time.

Second, what if we did not share details on the person’s passing until a family spokesperson released them (either a death notice, a family blog update or just an official message from a family spokesperson that is to be shared exactly how it is written)? This would take away the possibility of folks posting blue candles combined with supposition.

Because here is the thing: while we really are a family here in the DOC, that sharing and that information is not ours to share. In fact, it’s really almost sacred and it belongs to the loved ones of the person who had passed away. We need to try to take a breath, grieve quietly and only share once those who are most related to the situation want us to. And here’s another thing: we in the d-world may not know all the details of the death. And that may just be because the family does not want to share. At least not yet. (and while you are patiently  waiting for the right time to share, there are other things you can do. Pray [if you are a praying person]. Reflect. Contact Michelle Allswager on their behalf. Michelle has taken her son’s unfair and untimely death and turned it into a calling to help others who experience a family member’s death from T1D She is at curejesse@gmail.com). But try to hold off on the sharing until given the cue.

I understand the need to share and share quickly. First and foremost: We all care. We really, truly do. Second, we live in a world that thinks our loved ones diabetes can be fixed with just the right amount of cinnamon. We want to drive home our point: T1D is wicked, wicked challenging. So when someone dies, we think first: dammit, why can we not stop this and second: the world needs to get this. And we share with that in our hearts and minds.

But I believe if we could temper our sharing with some quiet patience, the amazing symbol the blue candle has become could become even more powerful, possibly less terrifying and in the end, the thing I believe it was created to be: a quiet yet powerful tribute to a life lost too soon.

What do you think?

While we are discussing this: I love that someone came up with such a simple, smart, beautiful symbol that just plain works.

But where is the one for D victories? What if every time someone scored a diabetes win (site in a new spot for the first time! State soccer champ goalie! Made Dean’s list! Went to first sleep over! Had a baby! Whatever – all despite diabetes!) we posted something to shout out that?

What would that symbol look like? It would have to have some blue in it, of course. But I’d love to see some ideas. And then I’d love to see that shared and those stories forwarded on Facebook pages all over. We’d all change our profile pics to the symbol in honor of a win – and folks in the D world everywhere would see it and instantly know someone is WINNING despite diabetes.

That would be a beautiful feeling to evoke though. Right? Come on, someone creative: create it!

18 thoughts on “Blue Candles: Is it time for our community to develop etiquette around them?”